Nikhil Chaudhary (born 1985) is an architect-urban planner and an independent comics artist based in Berlin. As his day job, Nikhil works as a Cities Advisor with EIT Climate-KIC, an EU-funded non-profit organisation supporting European municipalities as they implement their 2030 climate action initiatives. His personal project ‘Linear Expression’ seeks to impactfully communicate urban issues to a non-technical audience and has subsequently expanded over a decade into a comics-art practice across India and Europe.

Nikhil’s stories bring evidence-based research and climate policy debates to life by embedding them into human negotiations of urban-dwellers with their built realities. They also document the process of rapid transformation and informal growth characteristic of Asian megacities. With his comics, Nikhil aims to make a reader pause and reflect about sustainable urban development, while relating to the advocacy and activism average citizens can put towards a climate-neutral future. His work has been published in diverse print and online media, comics anthologies, professional journals, and national news outlets in six countries. 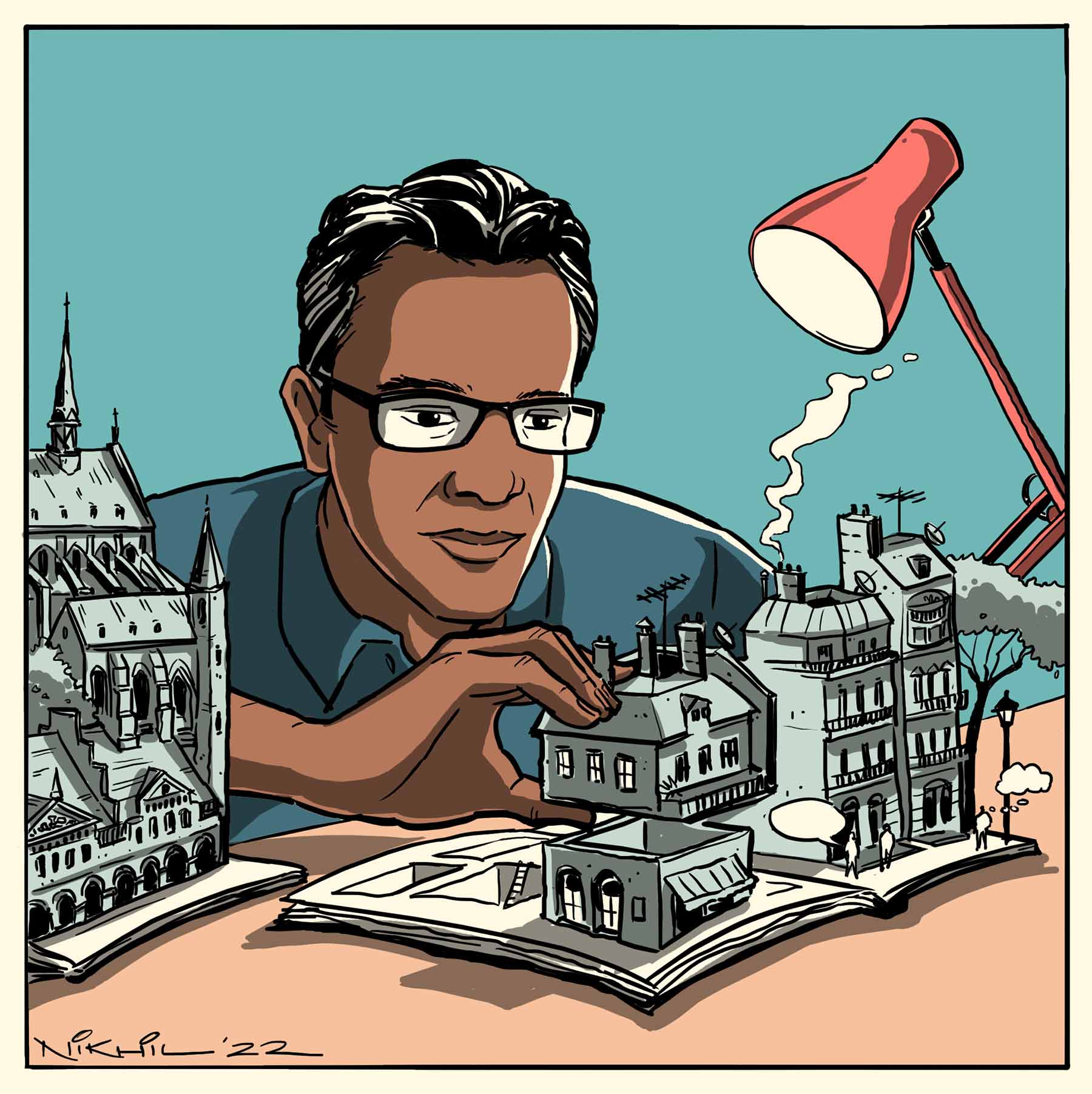