Judith Vanistendael creates comics ‘that have to do with life as it really is’. Vanistendael studied at the Hochschule der Kunste in Berlin (Germany), earned an academic degree in art sciences from the Univeristy of Ghent (Belgium), did postgraduate studies on Latin America, and followed the comics master at the Sint Lukas art school in Brussels. Her semi-autobiographical work Dance by the Light of the Moon was translated in nine languages and nominated twice for the prestigious Angouleme Grand Prize. Her second graphic novel When David lost his voice was nominated for an Eisner Award. Vanistendael is currently working on her third graphic novel. Besides making comics Vanistendael works as a teacher at the Sint Lukas art school in Brussels and She illustrates children books. Vanistendael lives in Molenbeek, Brussels, Belgium 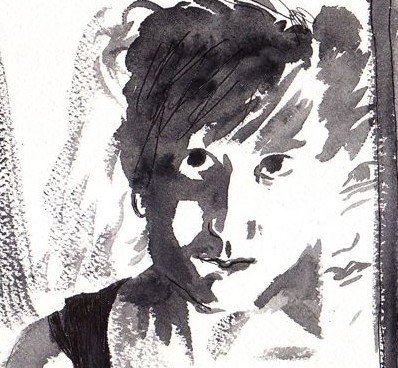 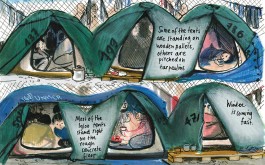 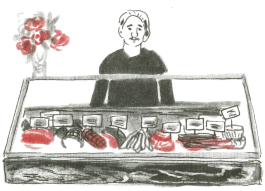