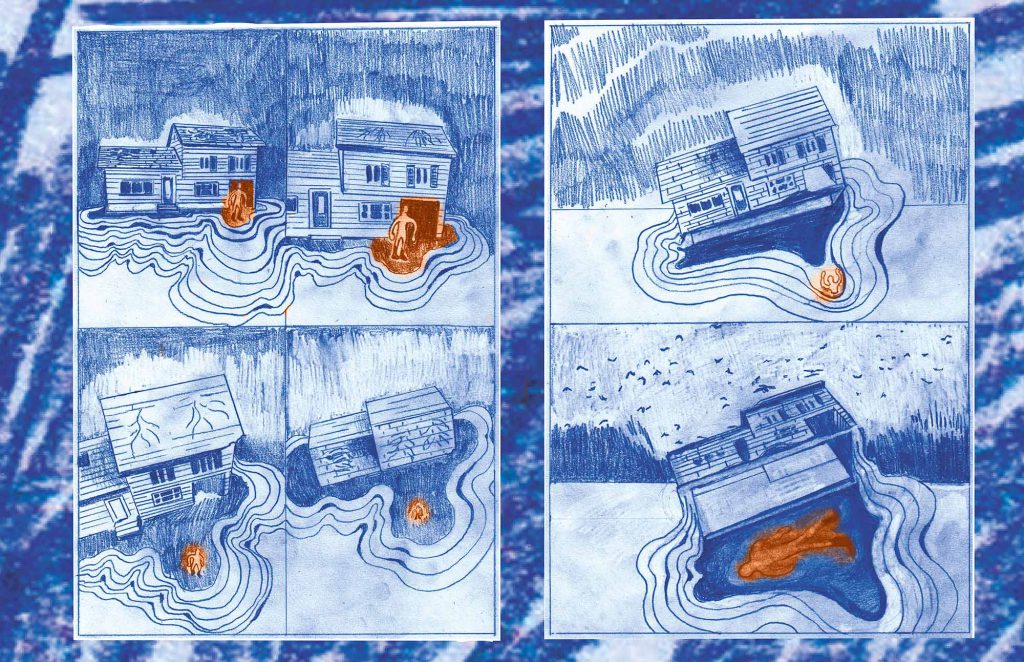 We set up an open call to see which experiences our readers and fellow cartoonists have with climate change in their close surroundings. We would like to thank everyone who submitted a comic. We received comics from several European countries and even from India.

So how to decide which one is a winner? There are several criteria, the most important one is the content, the story that is being told. Does it tell us something we didn’t know yet? We were curious to read stories that go further than a change in the weather.

Drawing technique is not the most important element of making comics, one doesn’t have to draw like Joe Sacco to make a compelling story. Most important is that it is readable. Nevertheless, to make someone read the comic, it should look attractive, which, again, doesn’t mean: drawn in a beautiful way, but it does help. It could have a provocative title, or expressive colors, characters… anything that pulls the reader in.

The submissions we received show how diverse the art of comics is, here are some beautiful examples:

And here are the winners:

Nikhil Chaudary is not only showing the view from his window (the eight-lane highway around Berlin!), but he also talks about the extension plans and an alternative solution for the carbon-intensive mobility. Nikhil was awarded third place.

While climate change is a huge problem, Griet Menschaert zooms in into a tiny spot in her garden and uses it to show that biodiversity still is not a top priority for politicians. Griet was awarded second place.

In her story Julia Nascimento compares the place where she lives, rural Sweden, to her home country Brasil and fears that floods will get worse everywhere. At the same time she is hopeful, not for mankind, but for nature. This story is not only conveying a good story but is also beautifully drawn. It is awarded first prize!