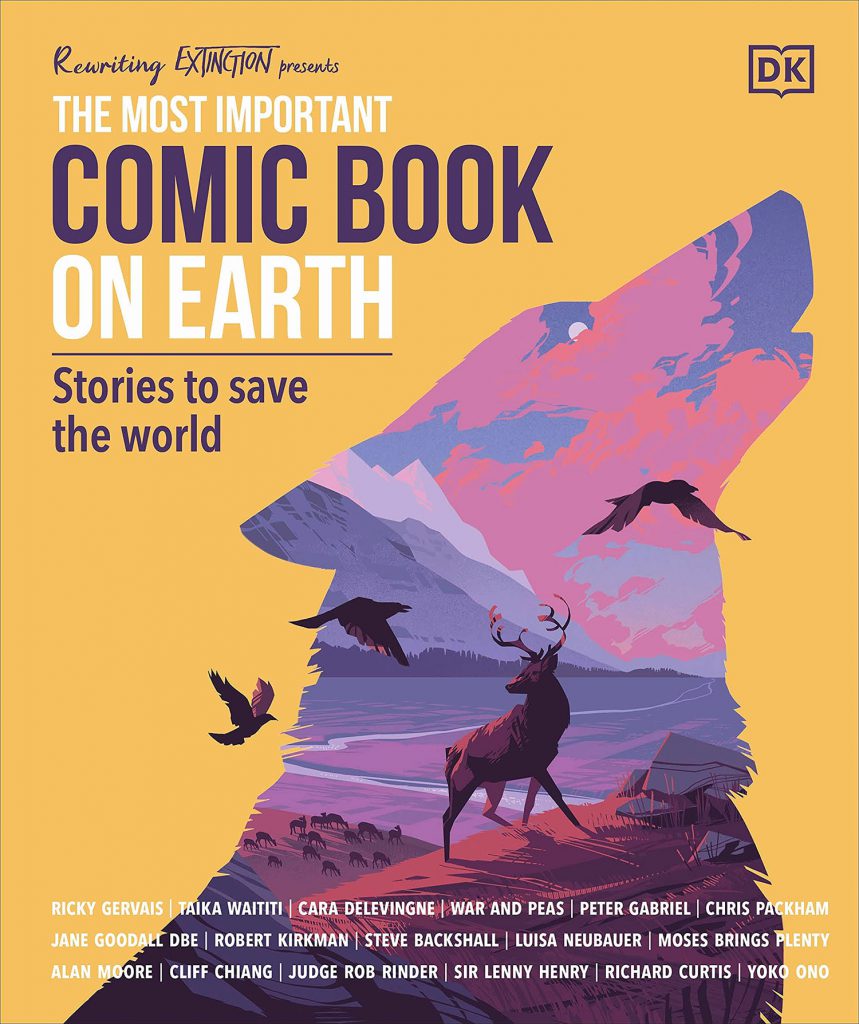 The Most Important Comic Book on Earth – Stories to save the world. Since Drawing the Times started a project about Graphic storytelling and Climate change, we had to see this book.

The book is an anthology of comics, and was initiated by Paul Goodenough, who named the project Rewriting Extinction. Since the project was launched in June, more than 300 celebrities, environmental experts and storytellers have collaborated to design more than 150 comics that tackle issues such as deforestation and overconsumption. The goal of the project is to raise at least £1m to fund seven environmental projects that tackle both the climate and biodiversity crises, run by charities such as the World Land Trust (WLT), Greenpeace, Born Free, Wildlife Trusts and Rewilding Europe.

Goodenough noticed that comics get millions of views on line. He wanted to take advantage of this by making comics about the planet that people can easily understand. He wanted to make sure not to be talking to the comics audience and the environmental audience. So what he did was he started finding people who gave access to different audiences – celebrities like Cara Delavigne and Ricky Gervais. Goodenough in an interview with the BBC: “Many of the celebrities involved care about the planet but don’t necessarily know the detail, that’s why we bring in an expert and a storyteller to help create each comic. Humour and emotions – that’s our world.” If this book doesn’t make the penny drop, then what will?

You can find more about the project and how to donate here.