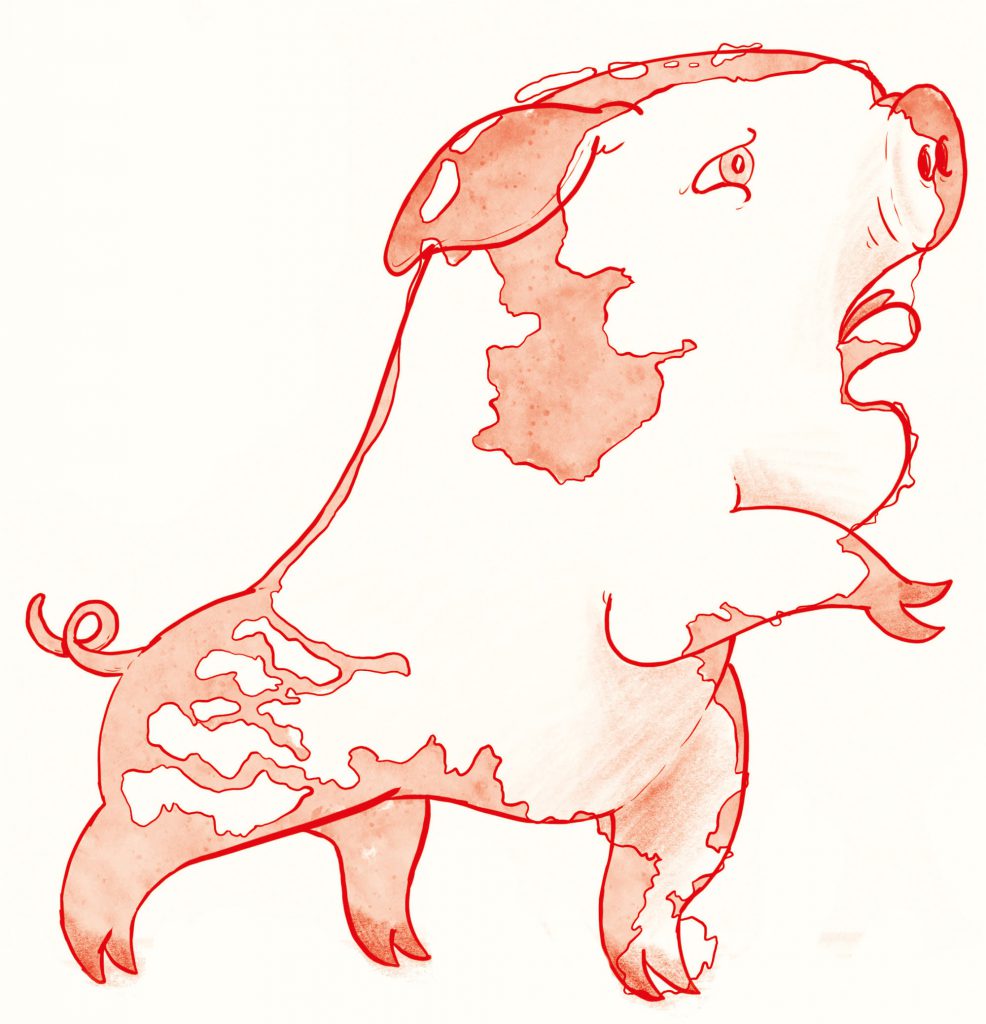 In the beginning of last year, artist-designer Mark Schalken was asked to give a lecture on animal rights and art. When the lecture was canceled because of corona, he asked a group of comic artists to create a graphic novel together. With drawn stories we can evoke a visual and challenging vision of the future for a large audience, he figured. You can read his lecture here

From the  beginning of the summer of 2020 they started the project at the Huis van Betekenis, a stage for the culture of drawing in Utrecht. The group consisted of young talented and experienced comic book makers, assisted by writers and philosophers who thought along with them: Leyla Ali, Merel Barends, Jolanda van Benthem, B. Carrot, Mina Etemad, Farhad Foroutanian, Aetzel Griffioen, Albert Hennipman, Eva Hilhorst, Frans-Willem Korsten, Nina Mathijsen, Bob Mollema, Gus Moystad, Mark Schalken, Hedy Tjin, Typex, Timon Vader. With support from Stimuleringsfonds Creatieve Industrie, Pictoright Fonds and the Iona Foundation.

Just imagine: in ten years’ time, the whole of the Netherlands will have stopped eating meat and the animal industry will have come to an end. With this vision in mind, we created 10 stories about 10 years and just as many dilemmas. Urban activists, livestock farmers that were stopping, the sacrificial feast, a lawsuit against a slaughterhouse director, the question of how to give animals civil rights…

2021 – The Burger of Your Dreams. With Gus Moystad, we descend into the hell of the worldwide meat industry. Is it a nightmare or the reality of 2021? How do we wake up?

2023 – Farmer and Future. How does one say goodbye to one’s dairy farm? And for whom? B.Carrot sketches the arguments and feelings that arise when Dirk and Annie tell their fellow farmers that they are going to quit their business.

2024 – Michelle and Ravi’s School. Hedy Tijn tells us the story of a chicken in Paramaribo in the early sixties, and how animals could play a bigger role in education in the near future.

2025 – Qurban bayram. Food rituals are part of all eras and cultures. Illustrator Leyla Ali takes us back to her childhood in Azerbaijan and wonders what the Feats of Sacrifice of the future will look like.

2027 – The Snowflake Show. The Arjan Lubach of 2027 is takes a look at the history of animal rights in the Snowflake Show. A lot has improved for them, now that they are represented in the political system. But what does it mean for humans?

2028 – Masters. In 2028 the consensus of society has changed forever. The slaughterhouse director is brought to court because of his crimes. How will justice be served? Bob Mollema shows us in ‘Masters’.

2029 – Humans and Other Animals. In 2029 we will stop eating meat en masse. How can humans and other animals come closer? Eva Hilhorst investigates the possibilities.

2084 – Paria. But..what will happen after 2030? Typex drags us to 2084, to heavenly gathering of humans and other animals, featuring the very elderly Greta Thunberg.

Do you also want your own copy of this groundbreaking work of art and activism? You can order it here at Nachtwind.

The translations in the Special are made by Tui Clark.