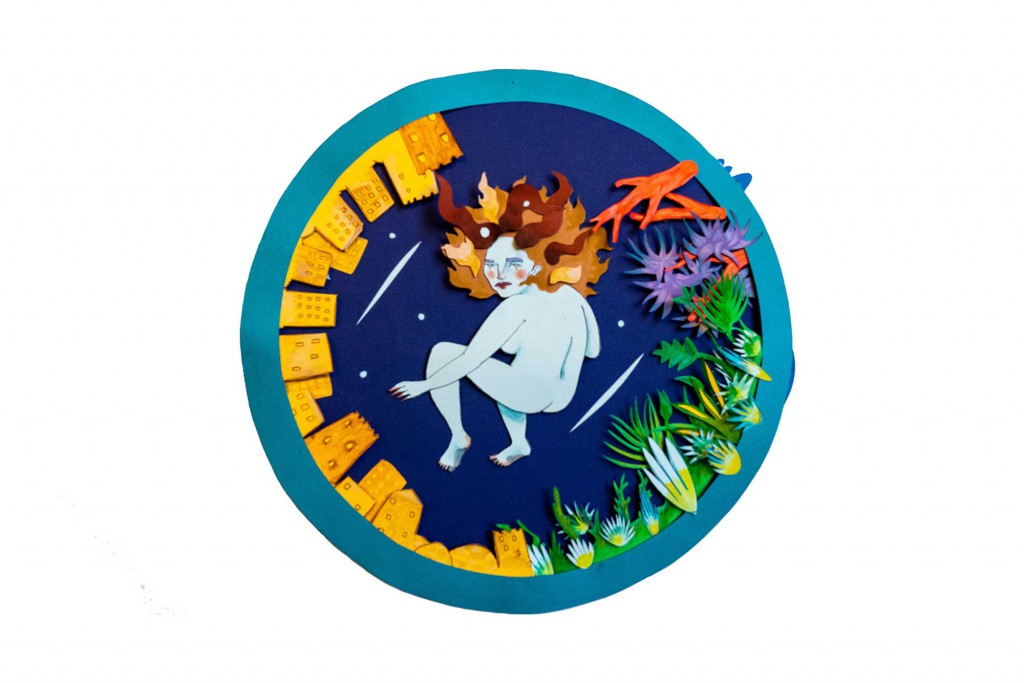 This story is made by Leyla Ali, an artist based in Utrecht Netherlands, who is originally from Azerbaijan. 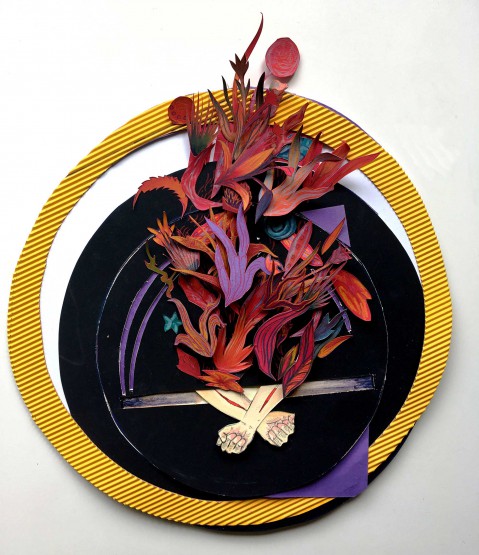 With this story she would like to give you an insight about the LGBTQ in Azerbaijan
On 22 September 2017, more than 100 LGBTQ* individuals were rounded up by the police in public spaces and detained. Some were released, but at least 48 were sentenced to administrative detention, ranging from 10 to 20 days. They were accused of “resisting police’s legitimate orders”, and found guilty on the basis of police officers’ allegations, without any further evidence. The detainees said they had been beaten by the police and subjected to other ill-treatment while in custody. All were released on 2 October. 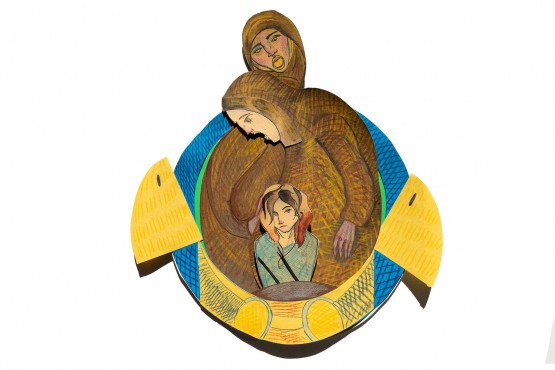 This is the first time that the Azeri LGBTQ* community was explicitly targeted by the government. Of course it was never safe to be an LGBTQ* person before – if you were openly gay, you have no protection from violence or abuse, you can be an outcast from your community and your family. 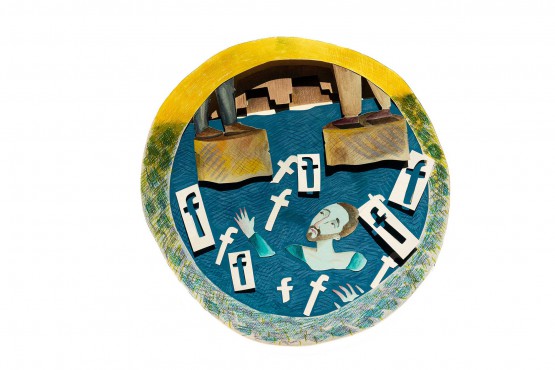 Though there are social services and organisations that work to protect the LGBTQ* communities, they cannot find official recognition – meaning they cannot apply for public funds or international aid. 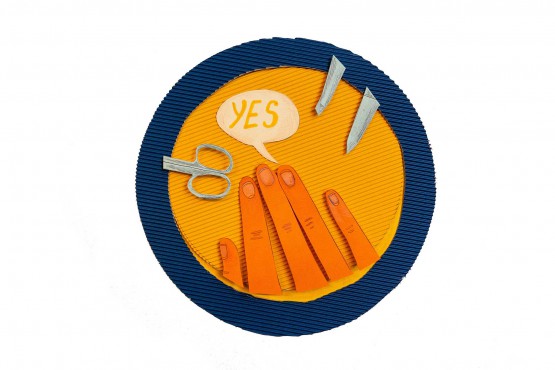 It is only in recent years however, that police will walk up to men on the street and ask for identification based on the perception that “you look gay.”

Leyla Ali explains: In the beginning of this summer, I came up with the idea of drawing portraits of members of the LGBTQ* community of Azerbaijan. 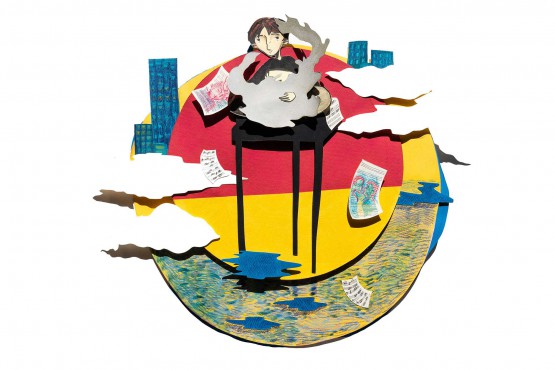 Almost everyone I turned to, told me that they already have problems and they do not want to come out.
Therefore I decided to make the portraits more symbolic and to focus more on the stories itself.
I again wrote on social media, asked friends and acquaintances to ask around, in Azerbaijan you will be trusted only if you know someone from their friends, outsiders, strangers as you understand are not trusted.
And this time things went faster.
I did not set any limits.
I did not have any rules. Whoever decided to be a part of my project
could tell me whatever they felt comfortable with. Their stories could be three sentences long, three paragraphs, could be sad, anxious or full of love. 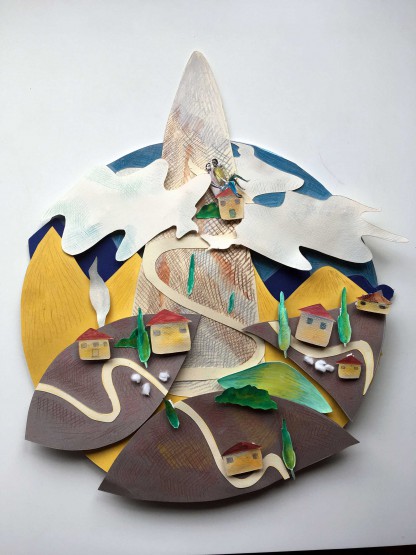 As a result, she has eight works, eight stories told by different people about their lives. 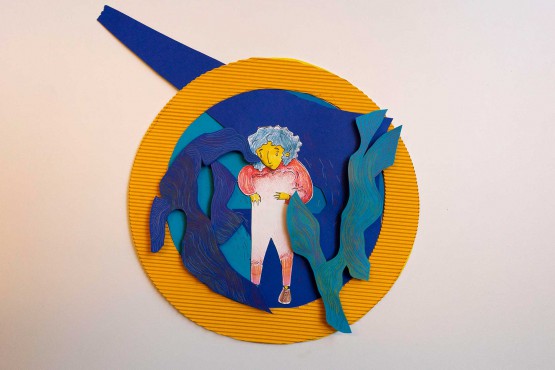 Photos are made at the exhibition in Tibet House in Prague. The event was organised by Prague Civil Society for Prague Pride Week 2018: 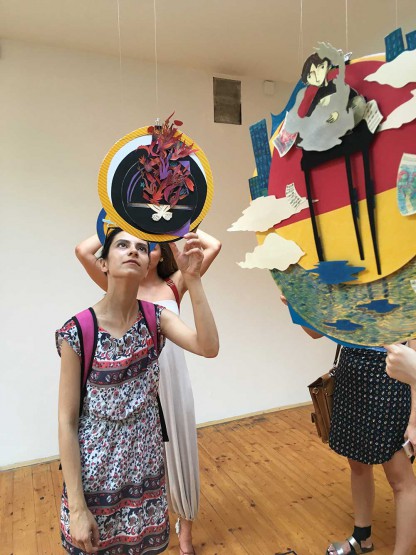 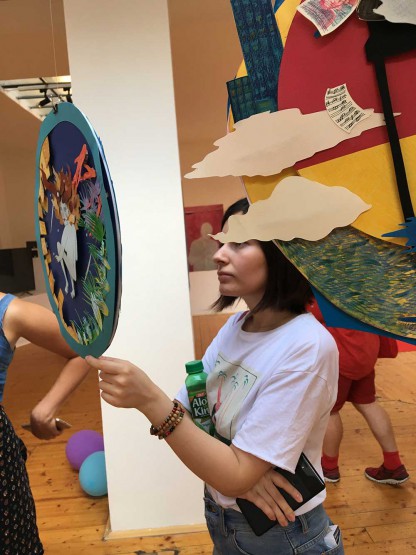 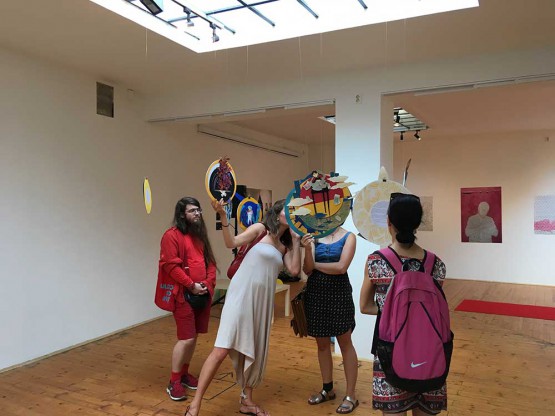 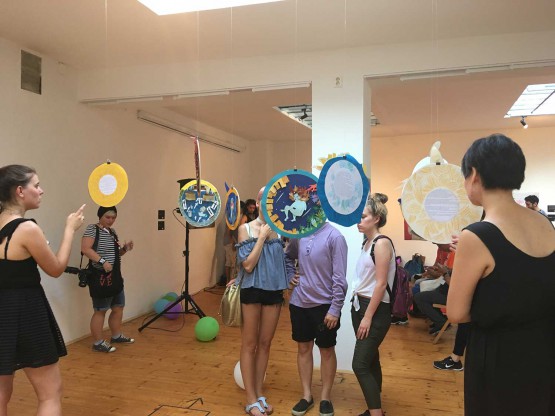